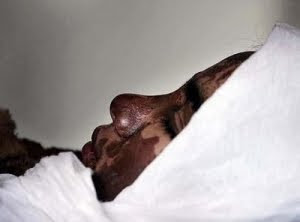 Baloch Human Rights Council Canada condemn the heinous act of spraying acid on the faces of three Baloch girls in which Sakina, Saima and Fatima suffered serious burn injuries. According to the eye witnesses the girls were on their way from Babu Mohela to Khel town in Kalat when unknown people riding on a motorcycle threw acid on their faces. The sources told BHRC that two victims are reported to be serious. This is the second consecutive act of brutality against Baloch women in one month. Last month, in Dalbandin District, acid were thrown on womens' faces.

BHRC believes that Pak Military, FC, and Military Intelligence are engaged into a conspiracy against Progressive Baloch National Struggle.

BHRC also condemns the Pakistani intelligence agencies of distributing pamphlets where all the Baloch women were asked to stay home, in the name of a fictitious organization to create panic among women and defame the Progressive Baloch National Struggle.

BHRC demands to the international human rights organization to intervene and take serious notice of these heinous crimes against humanity.

Thank you
BHRC Canada
Posted by BALOCH HUMAN RIGHTS COUNCIL CANADA at 9:42 AM