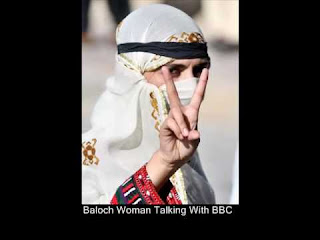 Toronto, April 20, 2010 – Baloch Human Rights Council (Canada) condemns in the strongest words the brutal and cowardly pre-dawn paramilitary attack on Baloch families in Quetta, Balochistan. In an urgent press statement released today, BHRC expressed deepest sorrow over the loss of life of a brave Baloch woman, Ms. Mehnaz Mengal and arbitrary arrests of more than 250 men in a raid by the Pakistani security forces.

According to sources in Balochistan and the Baloch media, this unprovoked paramilitary operation began between 4:00 a.m. and 5:00 a.m. on April 20, 2010.

Sources stated that the whole area, comprising of hundreds of houses was completely surrounded by the heavily armed Frontier Constabulary (paramilitary organization) and cordoned off from the rest of the city. None of the media personnel of local TV networks, photographers, and reporters were allowed to enter the area where a house to house search was underway for Baloch political activists.

Baloch media states that during the search operation women and children were harassed, manhandled, and humiliated at gunpoint by the security forces. Any kind of resistance by the families to the unlawful invasion of their privacy was dealt with excessive use of brutal force that resulted in the death of Ms. Mehnaz Mengal when she intervened to save her son from the soldiers. According to sources, more than 250 men and youth of the families were beaten, handcuffed, and whisked away to a military camp for interrogation.

BHRC (Canada) questioned the legitimacy of this barbaric act of the security forces and strongly criticized the Pakistani lawmakers in the Senate, National Assembly, and Balochistan Assembly in relation to the recently approved Balochistan Package and the 18th Amendment Bill of Pakistan Constitution that was supposedly meant to provide guarantees to the safety of life and welfare of the people of Balochistan. This is yet another proof that Pakistan’s powerful military establishment sees Balochistan as an occupied territory where the only response to the political and economic demands is a military solution.

BHRC (Canada) believes that this recent operation is part of a larger plan to ethnically cleanse Quetta of the Baloch people. Sources in Balochistan indicate that this was a test case for the original plan of attack in future on New Kahan, a Marri tribal settlement in Quetta. New Kahan is a new urban settlement where the families of displaced Marri Baloch tribesmen have sought refuge in the aftermath of Pakistan Air Force’s aerial bombings and the complete destruction of their ancestral villages.

BHRC (Canada) appeals to the international humanitarian organizations and leaders of the western democracies to take urgent action and save innocent Baloch men, women and children from the atrocities committed by the Pakistani state and its security forces.